Does a Pop-Up Chat or Info Box Work for Your Website? 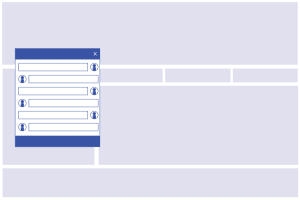 Recently, there has been an increase in the popularity of the pop-up live chat box on a whole host of websites. Previously, this would have primarily been the domain of nationwide companies that had the infrastructure to contend with this part of customer service, but that is no longer the case.

However, the real emergence of this approach does then lead to a rather interesting question regarding web design as it leads to a discussion as to whether this pop-up chat is best, or a pop-up info box. You need to remember that the key aspect for most websites is the ability to convert those visitors into customers, or to get them to perform the action you are looking for, so getting to grips with this decision can be more important than you think.

One of the main reasons for using the pop-up info box is to gather together subscribers or leads. Y

However, this free gift is merely the hook by which they hope to catch you, but as these boxes appear in a prominent position, it is difficult to simply not see them and avoid what they are saying. Ultimately, with them also generally offering something for free, then you can perhaps understand as to why it can have a relatively good success rate.

But, there are a number of problems and issues.

Often, visitors will regard this box as being rather intrusive as it comes up without them asking for it and sticks itself right in front of their nose. Also, it can appear at different times as some use it when you land on a page while others it is when you try to leave. Once again, this can irk some individuals and they will not complete the form just on that basis alone.

The other option we are looking at is the instant chat box, and this does operate differently compared to the info box that we mentioned earlier. With this, the visitor is encouraged to go ahead and engage with a customer service representative via an instant messenger style app. This app can appear in either a pop-up form, or a button to access it will be displayed quite prominently on the website.

Of course, with this option there is the advantage of the visitor being able to talk to a real person, and studies have shown that this approach can lead to more sales on an e-commerce website. Indeed, growth has grown by approximately 30% after individuals have been able to converse via this live chat option.

So, which option is best for your website and has the potential to lead to a greater number of conversions?

Well, the answer to that lies in what you want to get from your website in the first place. If you are merely wanting to gather together names for a subscriber list, then a live chat would be a waste of time and money. However, if you want to convert to sales, then allowing visitors to deal with a real person can help to sway those individuals that were rather uncertain as to what they would do.

Also, there is no reason why you should not go ahead and use both options on your website, but then you certainly do not wish to be too intrusive as that in its own right could drive people away from you. In other words, striking the correct balance will prove to be a rather important and essential decision to make.

In conclusion, it has to be said that either option does have the potential to boost your website, but it is how you use both methods that will prove to be the key. You simply cannot look at including these approaches when you are merely doing so to follow the trend as that in itself can be counter-productive. Instead, seek some advice from your web designer who will be able to advise you as to whether or not it would indeed be a good idea. After all, they are the experts, so their advice will often prove to be invaluable.