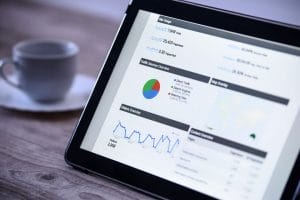 If you view the world of SEO as a game, then it is one you constantly need to play thanks to Google. In fact, it has been shown that Google can make over 500 changes to the algorithm that decides the search engine rankings over the course of a single year.

Now, not every change is huge or going to completely disrupt how you rank, but subtle changes do tend to add up to something that is much bigger, and that is where the problem lies. Also, nobody knows the direction that Google will be heading in next, so staying on your toes with your SEO strategies is going to be important.

But here’s something else that makes it even more difficult than before, Google has a habit of keeping its cards close to its chest.

You could say that they are quite correct in taking this approach, but it does make our job so much harder. Often, websites will suddenly vanish from view as a result of changes to the algorithm leading to SEO experts scrambling around trying to work out what on earth is going on. However, there are times where the site will bounce back all on its own accord a short while later leading to even more head scratching than before.

At times, Google becomes your friend and warns you of a massive update coming. They also then give it names such as Panda or Penguin, but that’s only with the large scale changes and, to be honest, those are easier to handle.

So what does a website owner, or SEO expert, do in these instances? How can this entire approach by Google be counteracted?

Clearly, one approach is to follow the rules to the letter. It makes sense that if you stay well within the lines that the chances of you being caught up in small changes and them having a negative impact are slim. However, if you go up to the line to such an extent that you are positively surfing along it, then you run the very real risk of having your fingers burnt.

You see, it’s unusual for Google to drastically change direction to such an extent that the majority of websites would then be affected. That would just be bad news for them and would cause such an uproar that they dare not risk it. That’s why they tend to tip toe around making small changes here and there which, over the course of a year and hundreds of changes, does add up to something substantial.

The idea is that, by taking this approach, Google allows people to make the changes gradually leading to smaller dips in rankings that can then easily be recovered. Now, this isn’t a post praising the virtues of Google, far from it, because hundreds of changes over the course of a year is a bit too much to keep track of, but it is an attempt to stress that things may not be as bad as you initially thought.

Staying Ahead of the Game.

For us, the key is in staying ahead of the game and, admittedly, that is not always as easy as you would like to think. However, having a clear strategy in place for your SEO and the future success of your website does make life easier as does having a Plan B, C, and even D.

Your approach to SEO has to be flexible to accommodate those changes that could occur at any point. If you are too rigid, then any movement is going to throw you into a quandary as you wonder what to do next and desperately attempt to avoid having to scrap your entire approach and start anew.

You must accept that changes will occur. The sooner you do that, then the easier it becomes to deal with them. Know that they will often happen without any prior knowledge, which is why you need to monitor things on a regular basis and drop the idea that your plan today will still be the perfect plan this time next year, it won’t.

Dealing with Google and SEO is indeed a dance. It’s a dance where Google leads and you are trying to avoid standing on their toes so they don’t go into a mood and send you back to the sidelines. The best thing that you can do is to become an expert dancer, or hire the services of someone who knows how to keep pace with them and stay in line with the rules. Anything else just puts your entire website at risk and Google will not think twice about punishing you, which would be a huge shame.