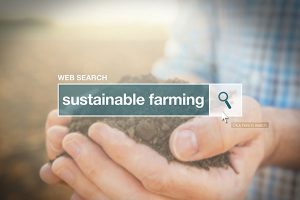 When we examined our list of SEO terms that you should really know about, we mentioned the concept of keyword stuffing. We stated how this is something that you need to avoid at all costs or else Google will quite simply penalize your website and you will then see yourself just plummeting down the results pages. However, in order to avoid it, we understand that you need to have a better idea of what it is or else how can you take the appropriate action?

The History of Keyword Stuffing.

To really get to grips with the concept of keyword stuffing, we need to give you a short history lesson on SEO and the techniques or methods that used to be applied. In the past, it was all about the frequency of keywords and terms related to your keywords and if you had them mentioned a number of times then the search engines would pick up on it and you would be ranked better.

The problem here was that Google began to realize that people were just throwing in keywords without the text actually making sense. It was all just a ploy to rank higher and get people to their website in the first place.

Now, this was not exactly something that they wanted to be involved in as it meant that the end user was basically being duped into using a website that was just incapable of being a quality resource and was all about just getting people there in the first place. As a result, Google changed the algorithm so that it was no longer related to the number of times that you had a keyword on your page but how it was used. This forms the basis of the quality over quantity argument that transcends so much of SEO.

The Basics of Keyword Stuffing.

With keyword stuffing, the idea is pretty simple. You have the keywords related to your website, you have text, headings, image tags, and anything else and you try to include those keywords as often as possible.

Now, this is going to be very easy to do, but at the same time it is also going to really disrupt your website as it becomes very apparent to your visitors that all you are doing is trying to get those tags mentioned as many times as possible. The result is often a mess of a page with text that is almost impossible to understand so even when you were able to get people to your page it would often result in people just navigating away.

How to Avoid it and What to do.

The question that people now ask when it comes to SEO is still keyword related, but it is more about how you handle the keyword situation so that you do not fall foul of the Google terms and conditions.

To be honest, so much work has to go into the initial study of keywords so that the correct terms are targeted leading to the best possible outcome for your budget and target market. It is more connected to the ability to find easier to target terms with less competition and carefully weaving the terms into the fabric of the text so that it appears naturally and is also compelling. At the same time, the website should also provide value of some kind to the visitors.

It is important that you are able to step back and realize that it is the quality of what you say and the keywords that you use rather than the quantity. Google now promotes websites that offer quality experiences no matter what industry it is and any attempt to subvert their quest for providing quality links as being the best out there is something that has to be avoided.

In other words, to avoid keyword stuffing you need to think about these points or you could run into a number of difficulties in a short period of time.

So, if you were of the opinion that just putting in as many keywords as possible would make a difference to how you are ranked on Google, then you would be correct in thinking that just it is not going to work out in the manner that you had hoped. Instead of ranking higher as a result, you are going to head in the opposite direction because it is all about careful placement of keywords, not overdoing it, and also just providing your visitors with something that is worthwhile.

The days of throwing countless backlinks or keywords at a website are now long gone and the Internet is better for it.